Patients rate hospitals in North Tyneside, Northumberland and Newcastle amongst best in the country 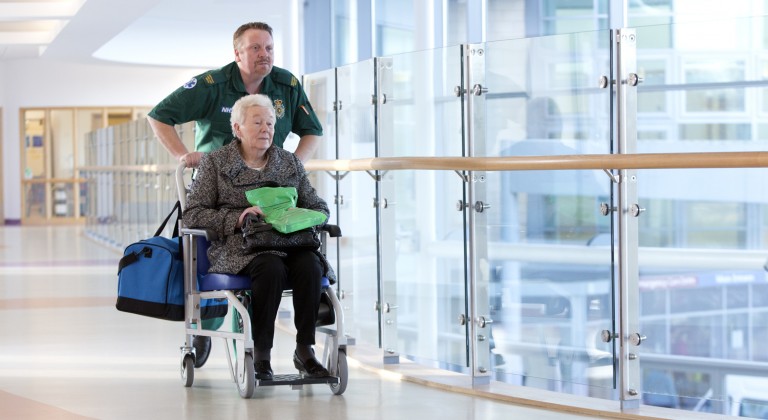 North Tyneside Patients Forum has welcomed the results of an annual survey after hospitals in North Tyneside and Newcastle were rated amongst the best performing trusts in the country.

Results from the Care Quality Commission’s adult inpatient survey 2019 for Northumbria Healthcare NHS Foundation Trust were the highest in the North East and among the best in the country.

Newcastle upon Tyne Hospitals NHS Foundation Trust was also placed as performing ‘better than expected’ in a number of key areas.

The survey, which involved 143 NHS acute trusts in England and captured the views of almost 77,000 adults, asked patients for their views on all aspects of their care including hospital environment, communication with staff, involvement in decisions and whether they felt they were treated with dignity and respect.

NHS North Tyneside Clinical Commissioning Group (CCG) Patient Forum member Patrick Mayne, said: “As a passionate advocate for the NHS I feel it is essential that the patients’ voice is heard.

“It is extremely good news to hear such positive feedback from patients about our local acute hospital services.”

Northumbria Healthcare NHS Foundation Trust, which delivers services from North Tyneside General Hospital as well as different parts of Northumberland, scored statistically better than other trusts in five of the 12 survey areas including:

The Trust, whose main hospitals include the Freeman Hospital and the RVI, was also banded as being better than expected in:

The news was also welcomed by NHS North Tyneside CCG.

Maureen Grieveson, Director of Quality and Patient Safety, added: “The population of North Tyneside are in a privileged position to be served by two outstanding Trusts.

“The survey results truly reflect the quality of services they provide.”